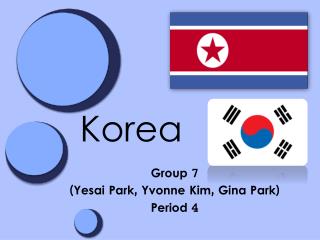 Korea. Group 7 ( Yesai Park, Yvonne Kim, Gina Park) Period 4. The Korean peninsula is off of the east coast of Asia and is located between China and Japan. North Korea is officially known as the Democratic People’s Republic of Korea. South Korea is the Republic of Korea. Culture: Language. In The Republic of Korea - You must understand how cold weather effects your vehicle before, during, and after

In The Republic of Korea - . you must understand how cold weather effects your vehicle before, during, and after

N. Korea Review - . where is n. korea located?. what year did korea split into 2 countries?. where is it divided?. what

Korea: What Do You Know?! - . where in the world is korea?. korea is on the continent of asia. it is near china and