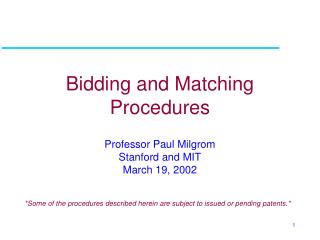 Bidding Procedures for the procurement of Goods and Infrastructure Projects - . general purpose: determine readiness of