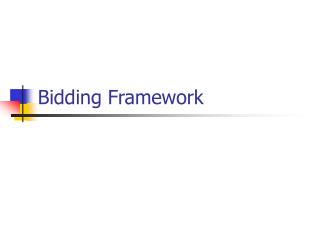 Some Bidding Techniques - . bidding on after a 1x – 2x agreement. this is about about opener’s re-bids when we open 1