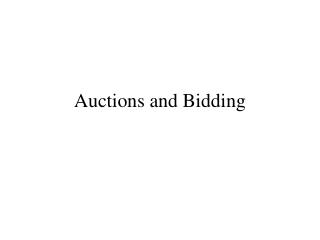 Auctions and Bidding. Auction - definitions. An auction is a method of allocating scarce goods, a method that is based upon competition: A seller wishes to obtain as much money as possible, A buyer wants to pay as little as necessary.