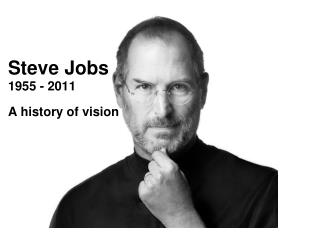 Do you know this? - . apple-inside soul. the story of apple and steve jobs. steve jobs. childhood born in 1955 in green

Right Care for Patients - . the national shared decision making programme. one thing i have always found is that you have

Six Quick Tips to Present like Steve Jobs - Steve jobs was one of the greatest presenters of our time. his strength was