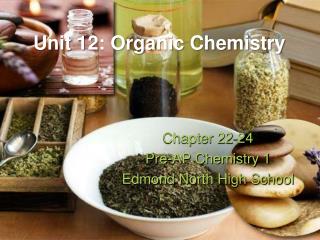 Chemistry of Lipids - . chemistry of lipids. definition: - lipids are organic compounds formed mainly from alcohol and

CHEMISTRY - . science 9. why study chemistry?. in this unit we will be studying atoms, elements and compounds brainstorm

Organic Chemistry - . structures. what do i need to know?. translate between molecular, structural and ball and stick