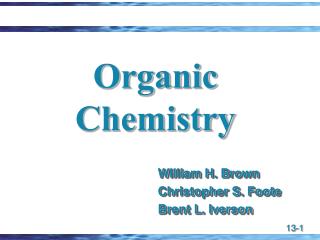 Organic Chemistry - . ce 541. aromatic hydrocarbons. they are hydrocarbons that include benzene and compounds containing

Chemistry - . module 1. about chemistry. chemistry is the scientific study of matter , including its properties, its

Organic and Biological Molecules - . chapter 22. organic chemistry and biochemistry. the study of carbon-containing

6. An Overview of Organic Reactions - . why this chapter?. to understand organic and/or biochemistry, it is necessary to

Ch. 13 Hydrocarbons - . milbank high school. objectives. 1. what is organic chemistry? in general, how do organic