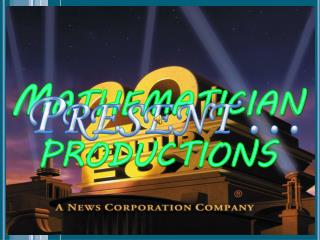 Mathematician productions. Present …. David Hilbert. PERSONAL INFORMATION. David Hilbert was born the 23 January 1862 in KÖNIGSBERG (Germany) He died the 14 February 1943 in GÖTTINGEN (Germany). Cathedral. Königsberg castle. House of Soviets. WHO WAS HE? and WHAT DID HE DO?. Present… - . t ravel i nformation &amp; a dministration s ystem. foreword. a computer should minimize the work in

Present - And. present. this presentation is for internal use only. the international genetically engineered machine

Present - . community. our world is changing…. how it was then…. how it is now…. to say something…. to