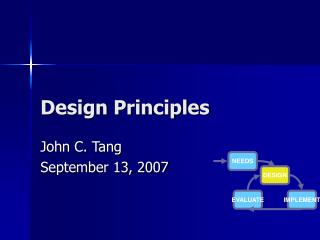 PRINCIPLES OF DESIGN - . directions or guidelines for using the elements of design. balance. a sense of equilibrium. when

Seismic Design and Detailing of Reinforced Concrete Structures Based on CSA A23.3 - 2004 - . murat saatcioglu phd,p.eng.