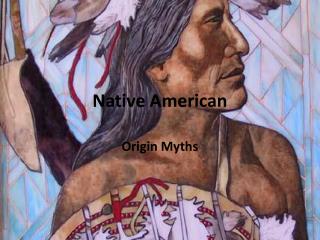 Native American. Origin Myths. What is a Myth?. It is a traditional story that usually has a hero or heroine (main character) with supernatural powers. It is different from fairy tales because it seeks to explain a practice or belief the culture holds on to, or a natural phenomenon. . Native American - . they had a great respect for the natural world. they believed that each creature had it’s own

NATIVE AMERICAN - . by spencer weis. inuit indian child. inuit. they used be and still are indians called intuits. there

Native American Stereotypes - . “ whooping” by michelle lascon. “whooping”. the act of whooping is a noise used