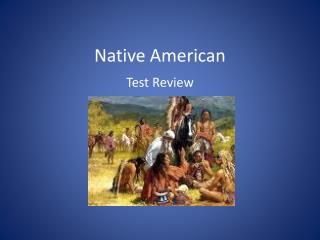 Native American. Test Review. Housing/Shelter in the Southwest…. Use brick of adobe (sun-baked clay). Built thick-walled houses to protect from the summer heat and winter cold. Villages looked like apartment houses that could reach up to 4 stories high. Northwest Coast food supply….

Native American - . they had a great respect for the natural world. they believed that each creature had it’s own

NATIVE AMERICAN - . by spencer weis. inuit indian child. inuit. they used be and still are indians called intuits. there

Native American Stereotypes - . “ whooping” by michelle lascon. “whooping”. the act of whooping is a noise used