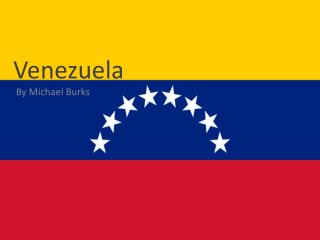 Venezuela. By Michael Burks. Background Information. Venezuela was colonized by the Spanish in 1522. Gained Independence from Spain in 1823. This fight was lead by José Antonio Páez . After gaining independence, Venezuela had many civil wars over how the country should be run. Geography.