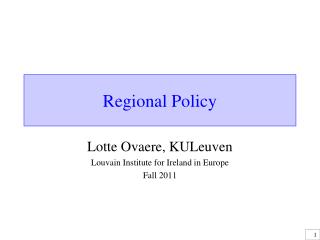 Regional Policy - . convergence or divergence. the early days. no mention of regional policy or regional imbalance in the

Regional Policy in European Union - . all regions in the world do not benefit from strong economic and social