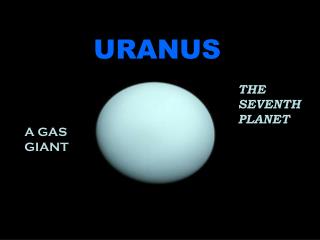 URANUS. THE SEVENTH PLANET. A GAS GIANT. WHAT IS URANUS?.