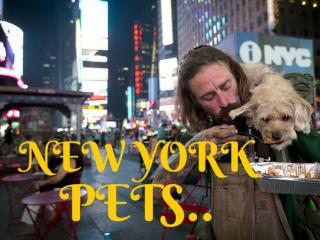 From tortoises to goats to rats, a look at the pets of Manhattan.

New York's Caribbean street party - The j'ouvert party is followed by the west indian day parade, which attracts some one

PETS Rotary Bowl - . meet our players…. first one to buzz in must answer the question. a correct answer gets a point