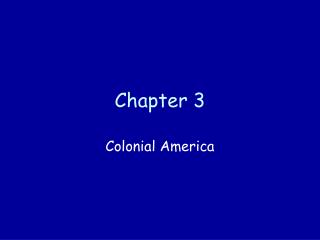 Chapter 3. Colonial America. Section 1: Early English Settlements. In 1588, King Phillip II of Spain did not consider Queen Elizabeth, a protestant, the rightful ruler of England. He wanted a Catholic leader in control of England so he sent an Armada, fleet of ships, to war against England.