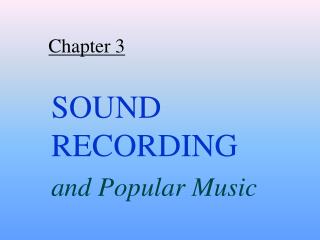 Chapter 3. SOUND RECORDING and Popular Music. What are some of the images that come to mind when you think of rock and roll? What might life in the US be like without rock and roll?. With a partner, make two parallel lists: