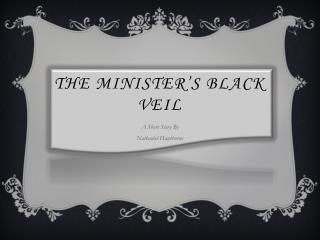 The Minister’s Black Veil. A Short Story By Nathaniel Hawthorne. Plot Summary. Reverend Hooper, esteemed priest, dons a black veil Veil represents secret sins revealed Townspeople react with shock, and a variety of other reactions Caused people to come to gawk at him “Around The World In 80 Days” By: Jules Verne - . the plot summary for chapter

The Necklace By: Guy de Maupassant - . “she was one of those pretty and charming girls, born, as if by an accident of

Unit 1 – “The Last Dog” - . learning goals. read for comprehension and analysis, with a focus on plot, setting ,

Elements of Drama - . a brief introduction renier van loggerenberg. 1. plot (1). the sequence of events or incidents of

Motion for Summary Judgment - . the keys to success. how does this work?. summary judgments are governed by rule 166(a)