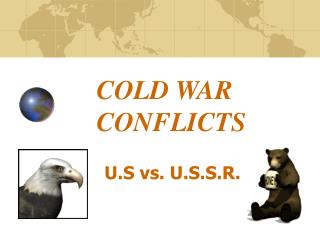 Cold War Conflicts and Social Transformations, 1945-1985 - . chapter 30. the division of europe. origins of the cold

Anticipating Ethics Conflicts - . most ethics conflicts are recurring, that is, the basic ethics issue is recurring, such