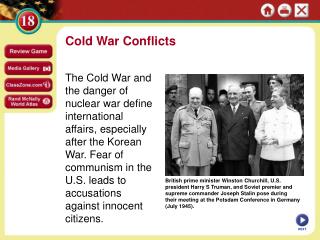 Cold War Conflicts. The Cold War and the danger of nuclear war define international affairs, especially after the Korean War. Fear of communism in the U.S. leads to accusations against innocent citizens.