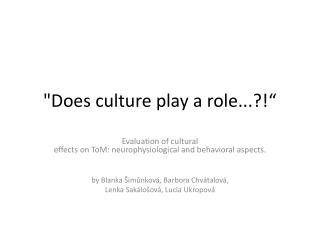 CHMN 608: Youth in Contemporary Culture - Understanding the dynamics of faith and culture. chmn 608: youth in

The FNS “APD Process” - The rules your clients play by, and how to help them win!. the fns “apd process”. session

Research Methods in Sexuality Research - . uniqueness of sexuality research. role of theory what can be observed?