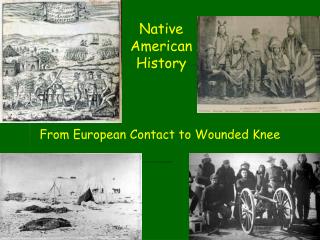 Art History: Native American Genocide - . for each slide: write down 3 things that you see go back to the slide and your

Native American History and Culture - . how much do you really know?. from the incredible mr. ingham “language

The History of Native American Reservations - . charles lewis english 243 spring term 2010 may 19 th. what is a native