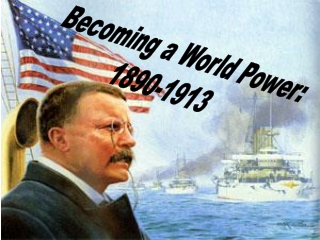 Becoming a World Power: 1890-1913. What is Imperialism? A policy in which a stronger nation works to create an empire Emerged in the mid-1800s through the early 1900s How is this done? By dominating weaker nations/territories economically, politically, culturally, or militarily.