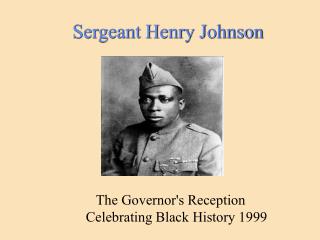 The Election of 1960 - . the candidate: nixon. republican current vice president under eisenhower eisenhower was a very

Flags of Our Fathers - . by james bradley. 2nd flag famous shot. this picture is the most reproduced picture in history

November 28, 2007 To all American Warriors, - Over the past several years i have assembled many quotes about soldiers,

Vietnam - . bell questions. at the start what percentage of americans approved of the policy in vietnam. 66 % what were

Sergeant Henry Johnson - . the governor's reception celebrating black history 1999. america in the early part of the