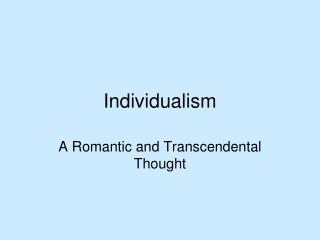 From Authority to Individualism - . puritanism the great awakening the