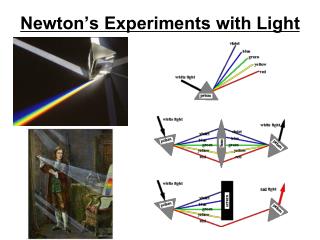 Making Light - . we can also make light by exciting atoms. from experiment, we see that different atoms emit different NEWTON’S RINGS - . introduction the formation of newton’s rings is an important application of interference of light

Chapter 22 - . reflection and refraction of light. a brief history of light. 1000 ad it was proposed that light consisted