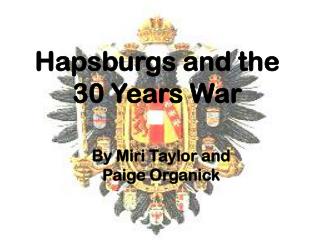 Hapsburgs and the 30 Years War

Hapsburgs and the 30 Years War. By Miri Taylor and Paige Organick. The 30 Years War (1618-1648). During the war, Hapsburgs opposed Danish, Dutch, and most of all Sweden and France. Besides political issues, religious issues involving Catholics (Hapsburgs), Lutherans, and Calvinists.

Hapsburgs and the 30 Years War

France in the Age of Absolutism - . catholic and huguenots. despite the spread of reformation ideas, france remained a

The Rise Of Austria and Prussia - . by zuri marley . the thirty years’ war took a terrible toll on the people of the

THE AGE OF ABSOLUTISM (1550-1800) - . absolutism. form of monarchical power when a ruler has a complete authority over

The Rise of Absolutism - . absolutism: . a political system in which a single ruler has unrestricted power. spain. king

Outline the causes and results of the Thirty Years’ War. Understand how Austria and Prussia emerged as great powers.

Central European Monarchs Clash - . too much drama!. the thirty years’ war. conflict was inevitable b/c of the peace of