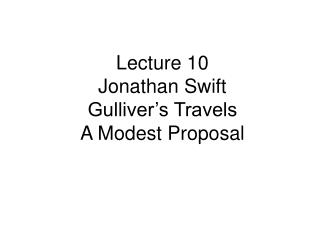 “A Modest Proposal” - . jonathan swift p. 801. 1 st period: reading quiz. list some of the details of life in ireland

FY15 21 st CCLC Request for Proposal (RFP) Workshop - . 1. goals. assist in determining if this grant is suitable for

Describing Characters - . words to know and use. humble. modest or meek in spirit or manner : not proud or bold synonyms

The Institutional Proposal and Beyond - . western association of schools and colleges accrediting commission for senior

The Basics of Proposal Writing - . an introduction to writing a successful grant application. introductory comments: is