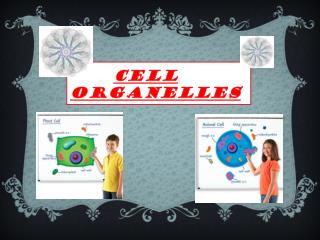 CELL ORGANELLES . Cell Wall. Cell wall is strong and is made cellulose wall outside the plasma membrane of plant cells. The cell wall locate in Plant, Fungi, & Bacteria, but not animal cells. And also cell wall protect can give shape and structure to the organism. . Cell Membrane.

Cell Organelles Chapter 7, page 174 - . modified from an original ppt of beauchemin 2006. introduction to cells. inside a

Can you name the Organelles in these cells? - . what type of cell is this? label the organelles. image source: russell

Cell Organelles - . what is an organelle? an organelle is a tiny body inside a cell that performs a specialized cell

Cell Organelles - . from the outside in. cell wall- description- this is a firm or rigid “shell” around the outside

Cell Organelles - . cell membrane. forms a protective barrier around the cell made of a double layer of lipids called

Cell Organelles - You will need to know the following organelles and their function:. cell

The Plant Cell &amp; Organelles - . plant cells. a plant is made up of many cells that have special characteristics