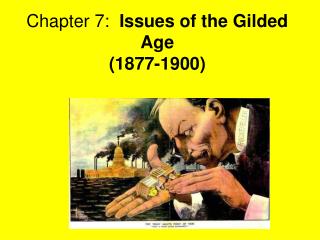 Chapter 7: Issues of the Gilded Age (1877-1900). Section 1: Segregation and Social Tension. Post Civil War the government was passing laws that increased the rights of freed slaves. During the Gilded Age, however, most began to have their rights narrowed. I. African Americans Lose Freedoms.