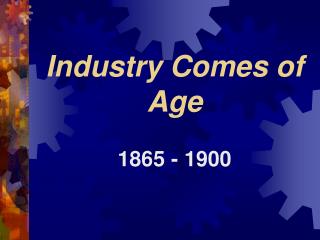 The U.S. Food and Fiber Industry - . chapter 2. discussion topics. review of index numbers and real value of money what

Introduction to Industry Analysis - . industry structure. how can we explain why some industries are more profitable than

The Large Animal Industry - . the meat industry. each year the average person in this country consumes 97 pounds of beef