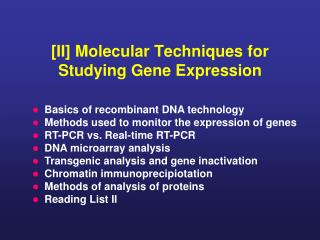 Molecular Mechanisms of Gene Regulation: The Operon (Ch7) - . operon - set of genes that are coordinately controlled by a