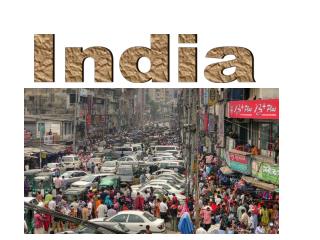 India. To find India on a world map: Locate Asia. India is a large country in southern Asia. India has a long “ tail” that sticks out into the Indian Ocean. Republic of. India. _______________________ Location: South Asia Capital of India: New Delhi Official Language: Hindi