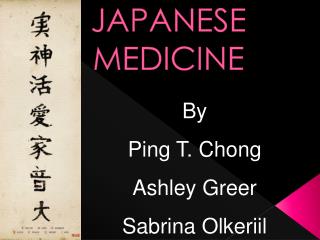 Medicine Under the Microscope - Value based purchasing, changes for icd-10 and the future of physical medicine and rehab

Traditional and Complementary Medicine - . consumers driving change. may 2009. use of herbal medicine. source: who