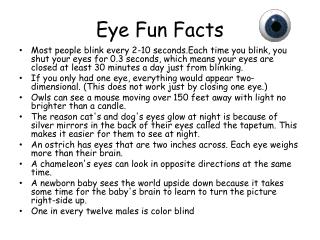 Eye Fun Facts. Most people blink every 2-10 seconds.Each time you blink, you shut your eyes for 0.3 seconds, which means your eyes are closed at least 30 minutes a day just from blinking.