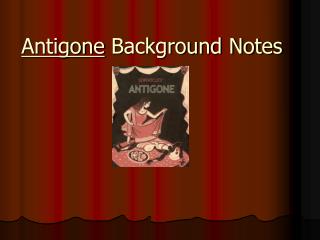 Antigone Background Notes. Author Information. Sophocles 496 – 406 B.C. Grew up in the most intellectual period of Athens Wrote 123 plays in his lifetime but only 7 survive Good-natured and well-liked Comes from a wealthy family; well-educated