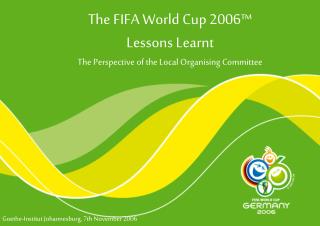 Making the most of the World Cup - The 2006 world cup will be watched by over 1 billion people around the globe. making