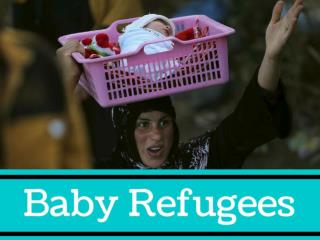 These young migrants will grow up in a country other than their own.