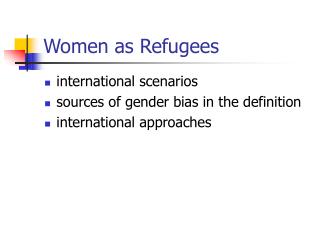 They flee as refugees.

Women as Worship Ministers - . a biblical look at the leadership roles of men and women within the church . by carly