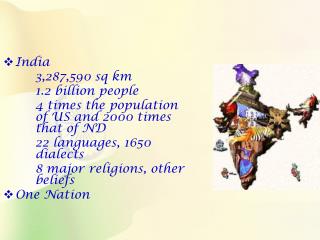 India - . the british were c ompeting with other european nations for influence in india………. jewel in the crown.

Tours of India -Visit the Attractive places in India - Http://www.idiscoverindia.com tours of india -the most important

WELCOME TO INDIA! - A taste of india. we hope you had a pleasant incoming journey and we extend you a very warm…….