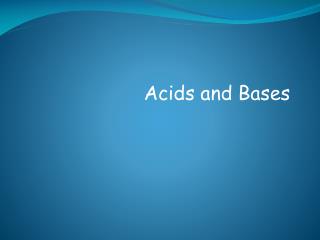 Acid-Base Equilibrium - . what you’ll see. tie together concepts of acids and bases and equilibrium weak acids and

What is toxicology? - . toxicology is the study of how natural and man made poisons cause undesirable effects in living