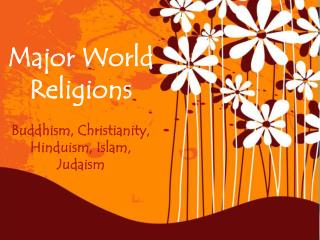 CHAPTER 6 - . religion. focus on the following in this chapter. universal vs. ethnic major universal and ethnic (where

BUDDHISM - . by: bella chaucer. 1.when and where did buddhism begin?. buddhism began in northern india around 2500 years