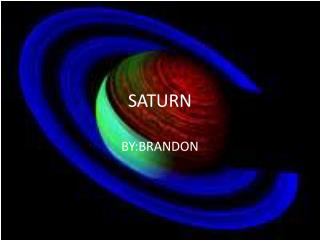 SATURN. BY:BRANDON. What Saturn looks like. It’s a big planet and it haves a ring around it and sometimes it turns neon and glow in the dark. Why you cant live on Saturn. You can not live on this planet because there is no food no cars no animals nothing is there where you can live off of.