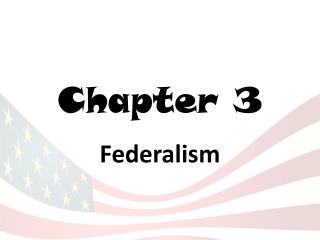 Chapter 3. Federalism. Defining Federalism. What Is Federalism? Federalism a way of organizing the nation so that two or more levels of government have formal authority over the land and people. The US, Mexico, Germany, Brazil, Canada and Australia are examples .