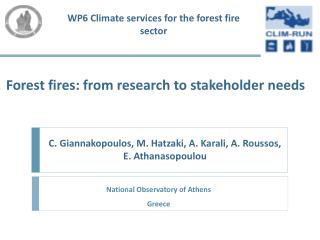 Fire regime - . the nature of fires occurring over an extended period of time general, long-term pattern of recurring

Marine Based Fires and Their Suppression - . by: mohammed shaheen. contents. introduction types of offshore fires and

Learning Objective 2 - . describe the relationship between fire cause classifications and cause determination. fire