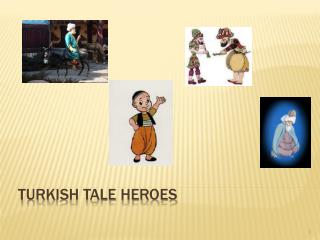 TURK ISH TALE HEROES. NASRUDIN HODJA. Nasrudin is a satirical Sufi figure who is believed to have lived during the Middle Ages ( around 13th century ), in Akşehir , and later in Konya , under the Seljuq rule . The figure.

Quotes Athletes - Visit us to know our latest collection of quotes athletes. you can go through any type of game with our Cumhuriyet Folk Education Centre - . it was established 1 year ago by eu finance, there are vocational, social or

Vlad the Impaler - . the real count dracula. vampires are a normal part of everyday life today! we think that we know

Chapter 11 “the Muslim world” - . the kabba . the prophet muhammad. the religion of islam began in the arabian

Coffee - . an afro-arab gift to the world. a powerpoint presentation. by richard w. franke professor of anthropology

Nicholas I and the Crimean War, 1853-1856 - . turning point in nineteenth-century europe in russia: Восточная