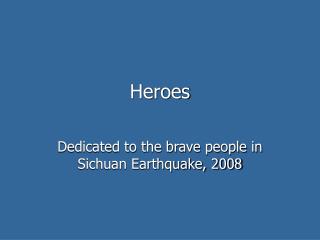 Heroes. Dedicated to the brave people in Sichuan Earthquake, 2008.