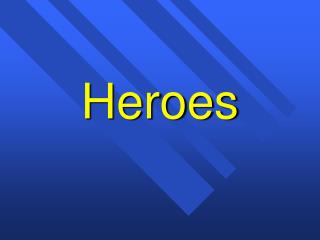 Heroes. Why do superhero movies do so well? Why do we want heroes to be real?. What kinds of people are celebrated as heroes in our society If someone from outer space were to come and see whom we venerate, what would they see? Why?