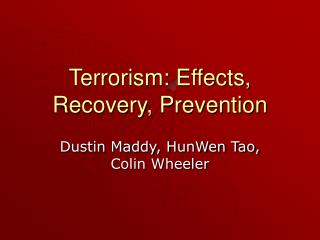 What Is Recovery? - . let’s really change the conversation about addiction and recovery. this is a call for the

Chapter 4: Public Perceptions: Terrorism and Media - . the media and social construction of images. ross: reporting is a