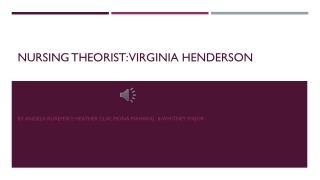 Nursing Shortage - . by: jessica klahm &amp; christine nguyen. what comes to mind when you think about, “nursing

PERSPECTIVES ON NURSING - . definition. latin nutrix - meaning to nourish art and science of caring for others central

Chapter 6 - . theoretical basis for the practice of nursing . the metaparadigm of nursing. person health nursing

Contemporary Nursing Roles and Career Opportunities - . nursing . . . much the same, but bigger and better. the